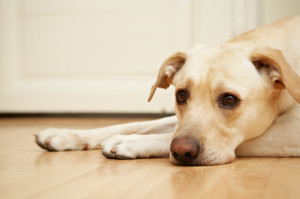 November is the month to raise awareness about Pet Diabetes. We all need to be vigilant about our pet’s care and know the symptoms of this terrible disease. Unfortunately, this disease can reek havoc on our pet’s health long before we are aware of it.

Like human diabetes, Pet Diabetes is on the rise in the US. It is especially common in Australian Terriers, Bichon Frise, Cairn Terriers, Fox Terriers, German Shepherds, Golden Retrievers, Keeshonden, Miniature Pinschers, Poodles, Pulis, Samoyeds, Schnauzers, Siberian Huskies and Spitz . The disease can occur in any dog breed. Female dogs are more likely than males to be affected, and the average age at onset is about six to nine years.

The symptoms of diabetes in dogs include drinking a lot of water, frequent urination, eating a lot of food and loss of weight. As the disease advances, it causes weakness, dehydration, vomiting, loss of appetite, lethargy and possibly coma. Diabetes does affect all organs, eventually. It may cause cataracts in a dog’s eyes.

Diabetes also affects cats of any breed or mixed breeds. In earlier stages, your cat will eat more food, since her body isn’t metabolizing her blood glucose. Later in the disease, appetite will drop, according to Pets.WebMD. Cats with diabetes will display the same signs as those found in dogs. The only exception is that cats do not usually develop cataracts.

Diabetes results when there is not enough insulin produced in the pancreas. Some dogs are genetically predisposed to this. Normally, insulin allows glucose to be passed into the cells, where it is then metabolized, producing energy. A deficiency in insulin results in high blood sugar and high urine sugar. The high levels of glucose in the urine cause the animal to excrete excess amounts of urine.

Treating diabetes involves careful control over your pet’s diet, and some pets will need daily insulin injections. This will regulate most pets that are diabetic, and allow them to live long, normal lives. Oral agents of hypoglycemic properties are used in people but not in dogs, since they do not appear to be effective. There is continued research being conducted in this area.

Your pet’s weight isn’t the only basis on which to predict the insulin requirements. This is due to the fact that pancreatic failure degree is different in each case. The insulin dose on a daily basis will need to be established for each pet.

After a pet is initially diagnosed as diabetic, you will begin his insulin therapy in the home. After one week of at-home treatment, you will take your pet back to the veterinary clinic and another series of tests will be run. Refinements are made at that time, and glucose levels will continue to be monitored. If you must travel, and need to leave your pet at a Richmond dog kennel, be sure the staff knows when the medications should be given.